Who doesn’t love a crisis? Especially when it is not one you are involved with.

I attended the PR Week Crisis Communications Conference last week and it was a great opportunity to hear about other crises and how various brands managed their way out of them. (Later that afternoon, Tamara and I ran a crisis simulation for attendees, so it was great to experience some of the conference first.)

Let’s take a look at the lessons we can learn from two high profile crises: Samsung and its problems around the Galaxy Note 7 and KFC running out of chicken.

1. Be prepared to take on a new role during a crisis

As communicators, James Coyle, Head of PR, Social Media and CSR at Samsung, says, you will find yourself in a heightened role that normally you wouldn’t be involved in. For example while you may focus on Media Relations, you could find yourself writing customer emails, telephone script for customer services and helping to respond on social media.

Meghan Farren, Chief Marketing Officer, KFC UK & Ireland, at Yum!, said the team at KFC dropped their day to day jobs for 3 months to deal with the crisis. The media, PR, Digital and Technology team were all one team as they attempted to resolve the crisis. Farren highlights one of the main reasons that the crisis did not damage the brand long term was the fact that internal and external communications worked so closely together, with the objective of being open and honest with everyone affected.

2. Take control of the message early in the crisis

KFC felt it needed to take control and therefore took a more proactive stance, by taking out adverts in newspapers to apologise for the closure of its restaurants.

Due to the nature of the crisis (no one was dying) and the three years groundwork in its TOV, it was felt that the brand could poke fun at itself for running out of chicken. Farren also admits that the company couldn’t respond to everything due to the volume of comments/complaints during the first weekend of the crisis and therefore wanted to stop rumours and silly comments with its adverts.

For Samsung, it took slightly longer to take its own proactive stance, when it held a press conference on 23 January 2017, 174 days later after the first incident had been reported. Since the first reports of faulty batteries catching fire, Samsung had appointed 700 full-time researchers to look at over 200,000 devices and 30,000 batteries.

3. Managing a global versus a local crisis

For Samsung, this was a global issue that affected its products and therefore the coordination between all the markets was key to decide the next actions and make sure that all the markets implemented the same actions at the same time. While there were incidents taking place in various parts of the world, there was a total product recall (its second in 2 months) and a permanent hold on any further sales globally.

KFC’s crisis was only affecting the UK and due to the management structure at the company, Farren did not require global sign off for dealing with the crisis. She approved the stance and adverts for the apology, and kept Global informed of the situation in nightly calls.

4. Being prepared but not inflexible in your crisis strategy

While you can have a crisis playbook on hand, it is not as straightforward to be able to prepare for everything believes Coyle.

“You are probably going to rip up your rule book. You won’t be able to prepare for everything.”

As a company, you can prepare for the ways of working and procedural responses, but during a crisis you have to make the key decisions with the people in the room with the facts available at the time.

It was a similar situation with KFC.

“We had the principles of what to do during a crisis, but had no real strategy, as we hadn’t dealt with this before.”

5. Hold regular meetings during the crisis

Samsung held regular meetings at 8am every day with its crisis team in the UK Europe, Global, America and South Korea during the situation with the first item on the agenda of what’s happened since we last met and what will happen today. This was vital as it gave a temperature check of what was going and also meant everyone was up to speed to ensure communications were consistent.

For KFC, there were also regular calls. There was a daily call for about 100 people telling them what the latest development was. There were regular meetings at 7am, 11am, 2pm and 7pm. Farren’s sole job was to talk to the franchises to make sure they were properly equipped to deal with the various stakeholders, such as media, customers and employees. In addition to the meeting times, KFC also used Yammer as its internal communications tool as a central repository for documents, updates and information etc. The company also used WhatsApp groups, rather than email, to inform each group of the latest developments so there were groups set up for operations, supply chain, crisis comms, franchises etc.

6. Keep people updated on issues around the crisis

To minimise the damage during a crisis, one thing that both KFC and Samsung worked on was getting information out to all affected parties and quickly.

For Samsung, as soon as the Federal Aviation Administration in the US banned any Samsung 7 devices on any flights, the company had to set up stations at every airport so customers were able to swap phones and tablets before getting on the plane.

“Embrace the vacuum. A company doesn’t have to have the answers at every crisis point.” points out Coyle. It is not as easy to say when a company will be able to release information, although you can signpost when information is coming.

Farren says one of the biggest issues was getting the information out quickly enough.

“Pace was the biggest issue. We needed to be agile.”

KFC used the tracking of the media coverage to see what the opinion was but used social media as a way to anticipate the next stage. She highlights the comments on social media was useful in being able to see where it was going next. For example on social, it could see the increased volume of customers complaining about the lack of gravy and was able to predict that it would soon run out. As all KFC fans know, the gravy is made on-site and due to a lack of ingredients, it couldn’t prepare it.

These were some great insights by Samsung and KFC and it was enlightening to see how open the two representatives were about what must have been a torrid time for everyone involved. Both companies were able to control the crisis and manage their brand’s reputation by minimising damage.

What do you think about the steps that both companies took? Was it the right thing to do? We would love to hear your thoughts.

Photo by Nghia Le on Unsplash 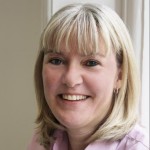 Lisa Barnett
Lisa Barnett is the Innovation and Content Director at The Social Element and Polpeo.
Previous Post
Thoughts on managing a crisis from the PRCA’s Exeter simulation
Next Post
Why being honest matters in a crisis

Saying sorry in a crisis