When the creative team thinks up a campaign, it’s natural for the focus to be on creating a campaign that serves the audience’s needs and communicating the message that you want to get out there. Maybe you’ve also partnered with a brand that you’re very excited about working with.

But there needs to be someone, a person maybe, or a team, thinking about the worst case scenario. Maybe that means being the only ‘no’ person on the team, the Debbie downer of the board, but someone needs to plan for what the brand would do if things turned ugly.

Our top four tips for your pre-campaign check-list are:

Think through your campaign

It sounds obvious, I know, but sometimes things happen that throw your campaign into a completely different light. CoverGirl is finding this out right now – its “get your game face on” campaign has is being Photoshopped by campaigners who are protesting the NFL’s response to one of its players being indicted on domestic violence charges.

Of course, CoverGirl has no direct control over the NFL’s internal disciplinary procedures, but the controversy has been going on since the incident in February, so the brand should have been aware of the environment that it was going to run the campaign in. It then took three days to release a statement on the issue.

Maybe the brand is committed to a partnership with an organisation going through a crisis of its own making. Maybe the brand thinks it has no control over anything in that situation. Yet the brand can control how it responds by planning for that worst case scenario.

It’s easy to see how a young intern could make a mistake like that made by American Apparel back in July – when the Tumblr account posted an image of some pretty smoke in an attempt to celebrate 4th July, only for people to point out that it was a photo of the Challenger shuttle disaster. People make mistakes.

But campaigns and adverts have to go through layers of approval, by several people or teams, before they see the light of day.

The image may have escaped criticism, but combined with the release date – 9/11 – it became a much more insensitive piece of promotional work, which was criticised on social media and blogs.

It had to be created and approved by many people, none of whom seem to have realised that it would offend many.

Any content strategist will tell you that content should be about the people receiving it, not the creator. While you and your team may find something awesome, your audience might have the opposite reaction.

This is a hard one. You may have, what you think is, an amazing concept and be itching to release it into the world. But, as a MasterChef judge might say when an eager chef delivers up a woeful experiment of a dish, “did you ever think about why this hasn’t been done before”? 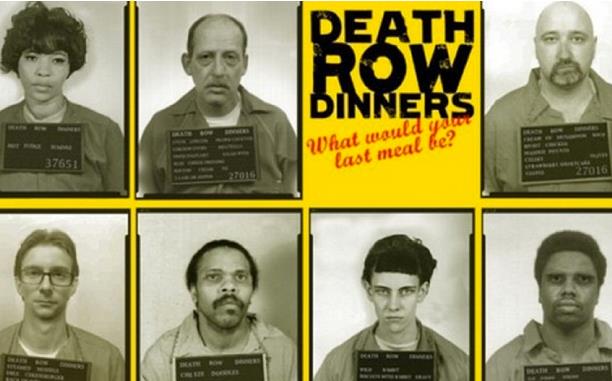 A pop-up restaurant used images of death row inmates to advertise its event. Using the tag-line “eat like it’s your last meal on Earth”, the organisers didn’t seem to realise that they would be causing any offence. 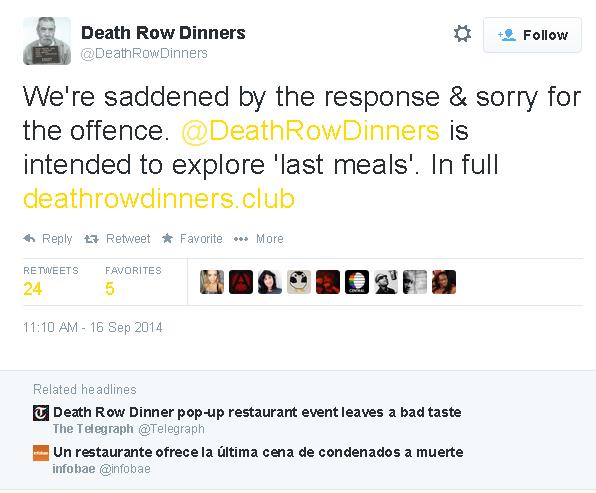 (Although apparently not sorry enough to change its Twitter avatar…)

Use common sense and compassion

Malaysia Airlines, has had a very difficult year, with one flight disappearing and another being shot down over a war zone. For some reason, it chose to run a contest in Australia and New Zealand called “My Ultimate Bucket List” in which it asked people to name their “bucket list” destinations.

Social media, blogs and national media outlets around the world reported on the contest gaff, and criticised the company for being so insensitive. The airline quickly decided that the name was “inappropriate” and let the contest run without a name.

When you’ve had the kind of year that Malaysia Airlines has, you just can’t create playful, glib campaigns without looking clueless and insensitive.

Campaigns, whether advertising or social media focused, are still about content, and content is (or should be) about what the audience wants, not the brand. Brands that keep that in mind, and can see the campaign from the outsider’s perspective, stand a much better chance of not getting into a reputational crisis in the first place. 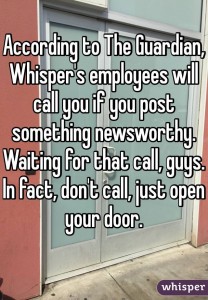 Can humour be toxic to brands?