When a business is going through a crisis, one of the primary functions of its CEO is to steer it through the storm. But what if the CEO is the one creating the crisis, or their actions are making it worse, rather than better?

When BP battled through the Deepwater Horizon disaster in 2010, it really didn’t need its CEO (at the time) Tony Hayward, telling the media that he’d like his life back, playing down the size of the spill and going off on a family yachting trip in the middle of the crisis.

I’m sure Iceland didn’t need to be spending time apologising for its CEO’s comments on the BBC’s Panorama.

They’re supposed to be the brand’s superhero, but CEOs are just as fallible as the rest of us.

Foursquare’s CEO and the Boston Marathon

When a Boston Marathon runner discovered another woman running the marathon using her race number, she though the photography company must have made a mistake.

It turned out that the woman was wearing a fake marathon number, and wasn’t an official entrant at all.

The official runner was annoyed because she’d worked hard to raise the money to get the chance to race on the day, and another woman just printed out a fake number and ran the race.

It turned out the fake runner was the wife of Foursquare’s CEO. As soon as the story started spreading on social media and tech blogs, Dennis Crowley came forward with their reasoning.

They had run the race as a couple on the year of the Boston Bombing, and his wife, Chelsa, had finished the race, but he did not get the chance. Those who couldn’t finish due to the bombings were given automatic entry into the 2014 race. Chelsa applied for a number so that she could complete the race with her husband, but didn’t get a place.

So they printed off a number and she ran anyway. They later said that they donated $5,000 to charity.

It’s easy to see why they wanted to run together, but it’s difficult to justify breaking the rules of the race to satisfy their own desires. They didn’t seem to think about how others might feel about it, or if it would have any wider consequences.

This is what the first page of Google looks like when you search for “faked Boston marathon number”. 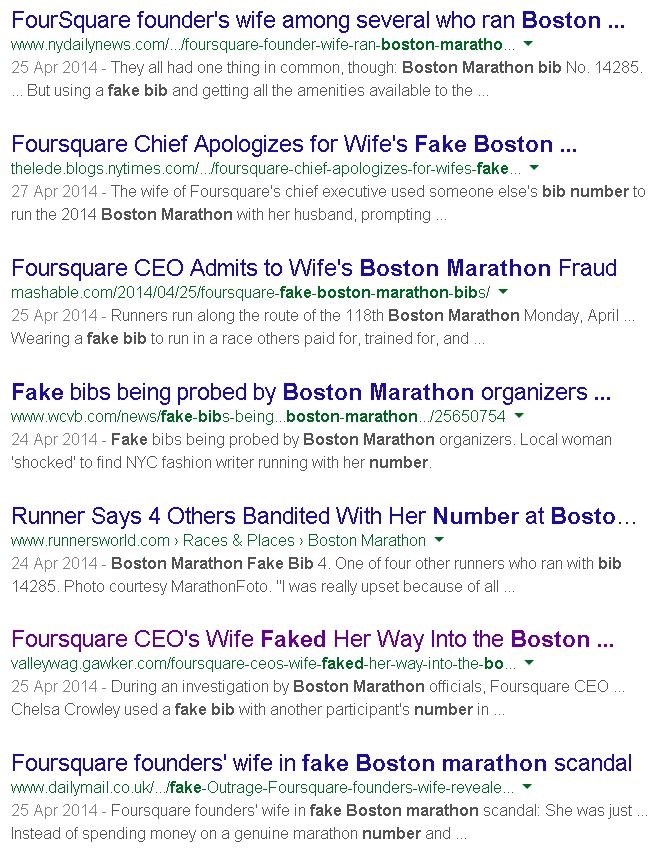 Foursquare had nothing to do with the choice to use a fake number to run the race. Yet it featured heavily in media coverage because of its founder’s/CEO’s involvement. Rather than protecting its reputation, the CEO caused it to make headlines for all the wrong reasons.

While there may have been no malice behind the decision, a personal mistake made by the CEO can cause problems for the brand.

In April, RadiumOne found itself in the spotlight as its CEO faced domestic violence charges. It was reported that video footage showed him attacking his girlfriend, but that the footage had been ruled inadmissible in court. Although Gurbaksh Chahal was facing 45 felony charges, he made a plea deal, which saw him plead guilty to two misdemeanours (domestic violence battery and battery), and escape jail time.

People took to social media in a storm of protest, demanding that RadiumOne fire him. You can still see the comments on the brand’s Facebook page.

Condé Nast said it was reconsidering its partnership with RadiumOne, TechCrunch announced that it was dropping the brand as a sponsor of Disrupt New York, and published an open letter to the all-male board. #DropRadium circulated on Twitter and a causes.com petition started, asking the business to fire its CEO. Meanwhile the company was preparing for IPO.

As Digiday points out, RadiumOne had been trying to distance itself from its CEO’s personal problems for a while, and he had a crisis management firm working with him, rather than the firm’s PR team – but this strategy has one major flaw. You can’t separate the CEO as a person, from the CEO as a business figure, especially when it comes to criminal acts.

The board fired him, and Chahal vented on his blog and over social media about their betrayal. In an internal memo, the new CEO said:

“The board moved as decisively as it could given the complexities involved. A person is innocent until proven guilty. Given recent developments, it became clear that Gurbaksh’s ability to lead the company had been severely compromised by the legal proceedings and ensuing developments. The Board asked Gurbaksh to voluntarily tender his resignation in the best interests of the company. When it was clear that Gurbaksh did not intend to resign as CEO and Chairman, the board called a special meeting to terminate his employment.”

Chahal has since resigned from the board and is threatening some form of “legal recourse” against RadiumOne.

You’ll often see brands parting with errant social media managers, interns or other mid-low level employees who make mistakes, or cause the brand serious strife. When it’s the CEO that’s the problem, what’s a company to do?

While Foursquare’s CEO clearly made a stupid decision, and then issued a half-baked apology, he did little more than cause temporary embarrassment for the brand. RadiumOne faced a whole different issue and hesitated to do what was necessary to protect the business.

When a CEO turns from brand champion to brand albatross, it might be time to make that break.

Gemma Storey
Gemma is Polpeo’s Content Specialist. She develops the crisis storylines and writes social content for Polpeo. She is the principal voice of Polpeo on Twitter, and blogs on PR Examples and carrotcomms.co.uk/blog.
Previous Post
Polpeo#smcrisis taster session at PRCA #digibites
Next Post
Why campaigns are about their participants, not their creators 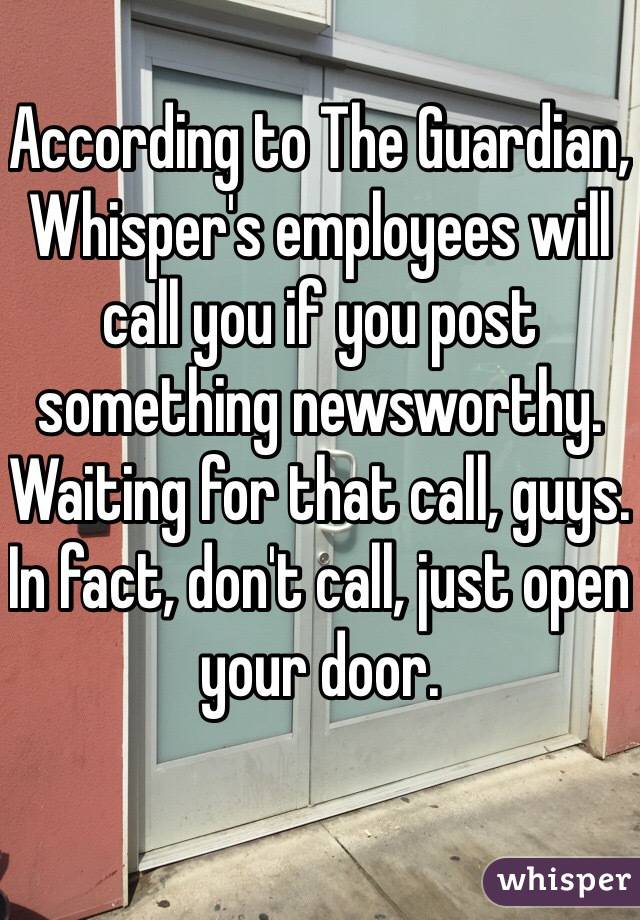 Communicating through the crisis