Can humour be toxic to brands?

There’s a big difference between funny and patronising – this is especially true for brands on social media.

Of course, much of our humour is down to personal taste. What one person finds offensive, another may find side-splittingly funny.

Being funny is really about good judgement (or, you know, lack of it).

Know your audience. Know your relationship with them.

If I go to see a comedian perform live, I know what I’m getting. If I sit in the first few rows, I should also realise that said comedian may decide to use me as part of their routine.

But you don’t expect to be picked on or patronised when raising an issue with a brand representative.

The exception to the rule

Okay, some brands, like O2 or MoonPie, can get away with (or even become famous for) making fun of, or trading insults with, their customers. Usually this humour is part of an exchange, rather than an unexpected attack that the brand makes on the customer.

Buddy it’s saturday night and you’re talking to a marshmallow sandwich on the internet https://t.co/vniddPmGoC 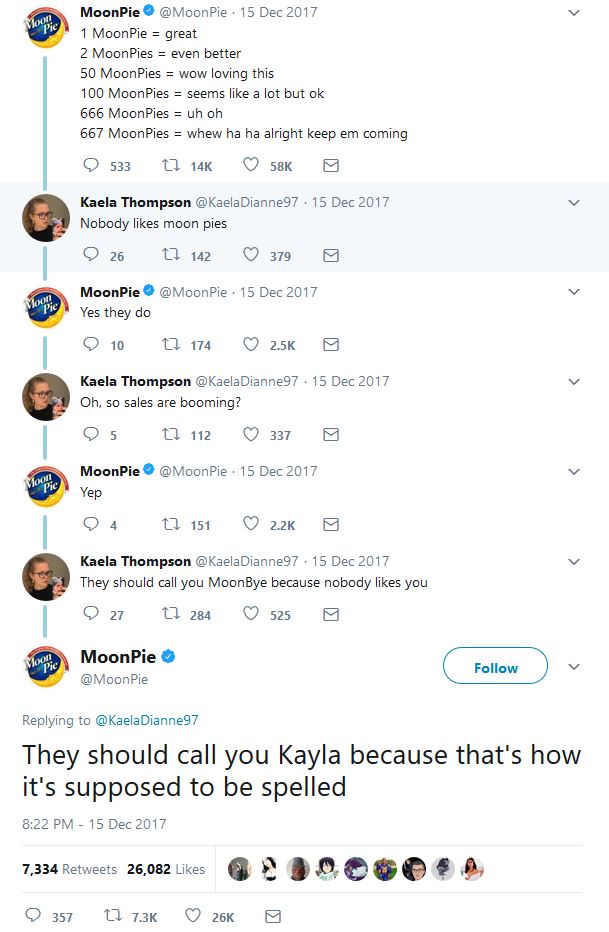 However, some businesses just don’t get it.

Take the example of one chef, who used Facebook to let off steam about an annoying customer. She may not have been serious when she implied that she’d added a little extra to her vegan customer’s food, but she certainly provoked an angry reaction. In response, people began leaving one-star reviews of the restaurant on various sites.

Then there’s the Virgin trains twitter account. One customer was clearly annoyed when she tweeted the account to say that an older male employee had called her “honey” when meeting with her about a complaint.

The social media manager’s reply included the question: “would you prefer “pet” or “love” next time?”

The reply was deleted, but not before someone took a screenshot.

Humour doesn’t have to be adversarial

We’re all more aware of our power these days. Who hasn’t sent an angry tweet about a late train, or having to wait in all day for something that never arrives?

Many of us know that posting about an issue on social media will get the brand’s attention faster than a call to their customer service team will.

Many of these posts may go unnoticed, lost in the general internet rage that we all seem to have these days, but sometimes they generate far more outrage than the initial transgression seems to merit. This happens when:

Brands can’t control who will take up the cause of a particular issue. But many spend time panicking about the prospect of getting attacked by a celebrity or powerful campaign group, rather than focusing on the only thing they can control – their response.

Most people don’t go out of their way to cause trouble for brands. They complain when they feel they’ve been wronged.

But some businesses owners don’t believe this. They remember the flurry of one-star reviews from angry customers and forget that the instigating incident often originated with the brand.

They start to see customers not as people like them, who just want an easy life and the service or product that they paid for, but as a volatile potential enemy – someone who’ll attack them if not handled in exactly the right way.

This also applies to campaign groups, most of which just want the company to help resolve an issue or to change a business practice that they deem harmful. In these cases a constructive dialogue can create valuable allies.

When humour is used in an adversarial way, people become dehumanised – a source of short-term profit rather than long-term loyalty. It’s a toxic attitude and we need to challenge it when we see it.

Humour shouldn’t be used as a weapon to attack people for providing genuine feedback, or for making reasonable requests as a customer.

It should be used to inspire, rather than alienate.

Gemma Storey
Gemma is Polpeo’s Content Specialist. She develops the crisis storylines and writes social content for Polpeo. She is the principal voice of Polpeo on Twitter, and blogs on PR Examples and carrotcomms.co.uk/blog.
Previous Post
Social media crisis management in the age of anger
Next Post
The perils of change: lessons from the #KFCCrisis 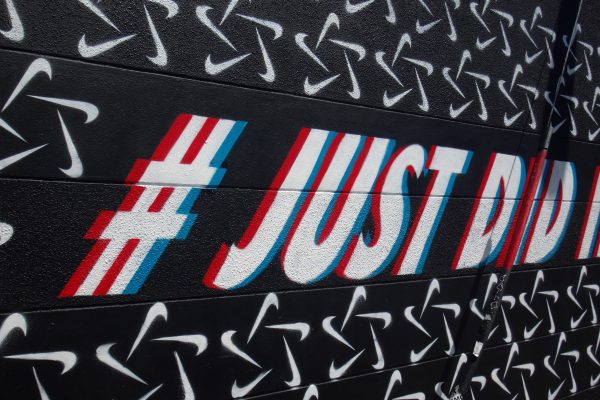 Iceland’s palm oil promise runs into difficulties one month in