Anyone who’s been involved in running a business will know that it’s impossible to completely eliminate risk. You can assess risk, and manage it, but you can’t eliminate it.

Businesses need thorough risk assessments, but they also need crisis plans in place for when the worst happens. What’s more, they need their crisis team trained in how to handle a crisis that could last a few hours or a few months depending on the issue.

Controllable risks: those caused by the business plan or some sort of purposeful strategy (for example, choosing the cheapest supplier, rather than a higher bid).

Uncontrollable risks: events that are out of the business’s control (such as a natural disaster).

Most crises fall into the controllable risk category, although they probably don’t feel like they do at the time.

In February, ASDA got a lot of press coverage for introducing boxes of misshapen vegetables for sale – a great initiative as the media had run many stories about supermarkets refusing to sell unsightly fruits and vegetables.

The initiative received a lot of press coverage, and people loved the idea, but it was only available in a limited number of stores. The supermarket received many enquires and comments over social media, with some people expressing disappointment that they’d gone to several local stores and found nothing. 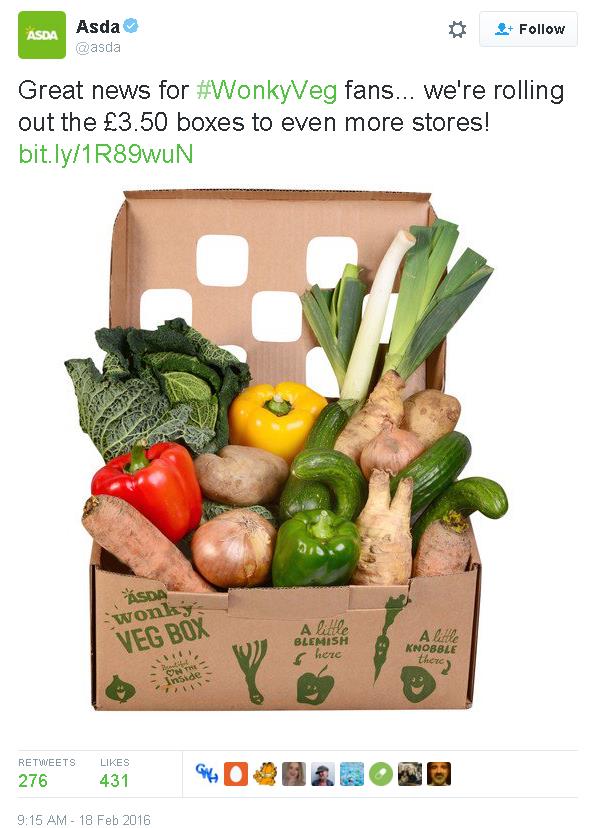 The expansion of #WonkyVeg coincided with ASDA making the decision to withdraw food bank collection points from its stores.

The result was concerned shoppers replying to the brand’s sponsored Tweets, and across social media, about the issue. Any time the brand tried to talk about its great new idea, people would respond with anger at the withdrawal of the food bank collection points. Some even started picking on people who posted positive reactions to the veg boxes: 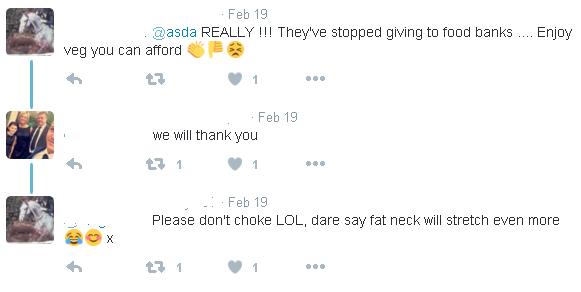 ASDA quickly reinstated the food bank collection points and the social media storm dissipated, but some customers said that they would not be shopping with the brand again.

These events were caused by ASDA. It decided to test the waters with its new #WonkyVeg idea and underestimated the popularity of the scheme. It also chose to eliminate food bank collection points – despite the fact that Trussell Trust figures show that demand for food bank services are higher than ever.

‘Uncontrollable risks’ aren’t completely uncontrollable either. For example, London’s Telecity datacentre was taken offline in November 2015 due to a power surge. The site handled 10 per cent of UK internet traffic, so the downtime caused considerable disruption.

Of course, the facility had back-up generators, so it should have been easy enough to keep the servers online, however, for some reason the system didn’t switch to back-up power, it just crashed.

An uncontrollable risk would be something like building a datacentre in Texas where it could be impacted by the effects of natural disasters such as tornadoes or hurricanes. There are things that the business can do to mitigate this risk – such as backing data up to a secondary facility elsewhere, but the business may not have much notice of when it will be affected by these events.

A business may plan for these risks, and not have to test the plan in a real disaster situation for ten or twenty years.

A business can tackle controllable risks by making decisions only after analysing the possible consequences of the choice. It can then formulate a response to any criticism it may receive for its choices.

In both situations, the business needs to continually update risk plans, and test them regularly. This is especially important if the crisis response team changes from one year to the next. How will that team work together? Do they know how to escalate an issue, or who to escalate it to? Do they know what they can and cannot say to people? Will communication be consistent across media, customer service phone lines and social media?

We’ve found that it’s often not until the team is put to the test, that critical issues are spotted and have a chance to be resolved. The trick is catching these problems before the real crisis hits.

Gemma Storey
Gemma is Polpeo’s Content Specialist. She develops the crisis storylines and writes social content for Polpeo. She is the principal voice of Polpeo on Twitter, and blogs on PR Examples and carrotcomms.co.uk/blog.
Previous Post
February in crisis
Next Post
Crisis recovery: Chipotle

The art of the apology: 5 ways to do it well