‘Rehearsing a crisis breaking over social media’: a workshop and simulation at #SXSW

We’re just catching our breath after a running a sold-out workshop at SXSW this year. The room was packed, noise levels were through the roof and we had some really great feedback about the levels of interaction with the simulation.

Knowing our audience, our storyline focused around the CEO of a fictional company at SXSW to raise funding and promote the new hot platform in social networking. Sadly, our hero enjoyed rather too much of Austin’s great nightlife and set in motion a scandal that seriously dented his company’s reputation with investors.

The teams got really into the spirit of the simulation:

even being pulled out of their teams to conduct a mock media interview to camera.

The teams all did a great job of managing the reputation of the company at the centre of the scandal. But there are always some common threads through our simulations:

1. Speed. The teams responding quickly, but possibly at the risk of not having a coherent approach to managing the strategy in place.

2. Broadcast posts vs individual replies. The temptation is always to respond to a wide audience on social media. But broadcasting your response to what might be (in the early stages of a crisis, anyway) a localised crisis, can have the effect of marketing your own crisis to a wider audience.

3. Tone of voice. Traditionally, communicators will craft a press statement when a crisis first breaks. That will go through corporate and legal approval, and often can sound cold an corporate. That might be fine when dealing with traditional media (as part of a wider narrative), but could be damaging on social channels which are often intrinsically personal spaces for people.We recommend practicing ‘socialising’ formal messaging and statements for social media channels.

4. Honesty. If you try to fudge an issue, it will be horribly obvious on social media. “We’re not aware of a connection between X and X” might be true, but it can sound as though you’re ducking the issue. “At the moment, we don’t know – but we’re doing everything we can to find out” seems far more transparent and honest.

5. Choose your audience (and your channel). Some channels – boycott pages, for example – need very careful handling. Responding where people have an agenda that you’re unlikely to change can cost you time and energy that you could be spending on a battle you’re more likely to win. Monitor these groups carefully, and respond appropriately.

6. Personalisation. Social media really is about one-to-one conversations (where possible).

7. Remember your employees. They’re at the front line of your communications. Keep them informed and help them to answer difficult questions that they might get from friends and family.

8. Deleting a post wrongly posted to your corporate account (in this case sent in error by an employee out on the town) is of course the right thing to do. But remember – screenshots mean these posts live on. You’ll still need to address the issue quickly.

9. Humour. We loved that one team used the hashtag #rockstarCEO in the early stages of the crisis – it showed humour and creativity. But we also liked that they stopped using it when it became apparent that humour was no longer appropriate to the situation.

10. Hashtags. We often see teams using the hashtags that are created during the crisis. I understand the intent here – you want the people commenting on your crisis to see what you’re saying – but it can have the unintended consequence of marketing your crisis and spreading it further among followers who may not have known about it.
We had some great feedback on Twitter:

@Polpeo Your session at #SXSW was awesome. But stressful. I need a drink! Loved it 🙂

Overall, it was a great day, and thanks so much to everyone who attended, and to the team at SXSW who organised it so efficiently.

Kate Hartley
Kate Hartley is co-founder of Polpeo. She is a crisis communications and PR specialist, crisis trainer, guest speaker (including guest lecturer at various universities and colleges) and author of 'Communicate in a Crisis' (Kogan Page)".She is a Fellow of the PRCA, and a member of the CIPR, and she was named by PRovoke Media as one of the 'Innovator 25' in EMEA in 2022. 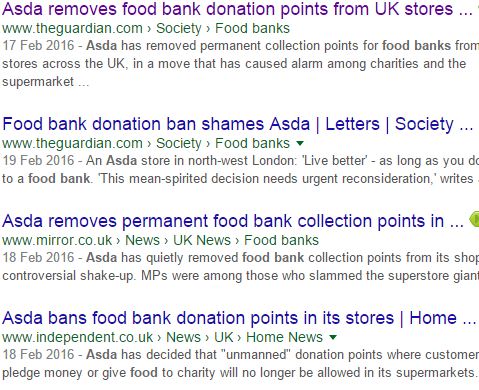